Ann Striessguth Encourages Me and My FASD Goals

Ann Streissguth - for FASD - and
Her Hommage To Me For My Canadian Goal;
(Bottom) 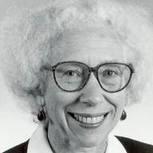 First, a bit about Ann's Expertise and Journey - Who is this woman?:


Ann Streissguth - Ann Streissguth is a professor in the Department of Psychiatry and Behavioral Sciences at the University of Washington School of Medicine. She has 25 years of experience working with individuals with fetal alcohol syndrome (FAS) and fetal alcohol effects (FAE), as well as with their families and communities. Dr. Streissguth is the recipient of numerous awards for her outstanding contribution and research on FAS/FAE. She has completed a major research project funded by the Centers for Disease Control and Prevention (CDC) on secondary disabilities in individuals with FAS/FAE. With her colleagues, she has also initiated a 5-year study of magnetic resonance imaging and neuropsychological functioning in people with FAS/FAE, funded by NIAAA. The Fetal Alcohol and Drug Unit, which Dr. Streissguth directs, has investigated many types of prenatal influences on later development in offspring including alcohol, tobacco, cocaine, aspirin, and acetaminophen, and rubella virus. In all, Dr. Streissguth has published over 190 scientific papers, three books, and a slide-teaching curriculum on Alcohol and Pregnancy. She has written extensively on the topic of FAS/FAE, including two books published in the fall of 1997: Fetal Alcohol Syndrome: A Guide for Families and Communities and The Challenge of Fetal Alcohol Syndrome: Overcoming Secondary Disabilities. Dr. Streissguth received the KINDER Award for Contributions to the Well Being of Children at Risk from the KINDER Clinic, University of Texas - Houston Health Science Center. She was also awarded the Rosett Award for Outstanding Contributions to FAS from the FAS Study Group of the Research Society on Alcoholism.

Problems related to brain damage are the biggest source of disability from prenatal alcohol exposure and they are not exclusive to FAS. Alcohol is a teratogen that can cause a range of birth defects and affects different people differently. Some individuals whose brains are damaged by exposure to alcohol before birth lack the distinguishing facial anomalies of FAS. They are said to have possible fetal alcohol effects (FAE).

Although the effects of brain damage caused by prenatal exposure to alcohol are plain, their relationship to specific physical anomalies in the brain is not so clear. Many animal studies have demonstrated structural and functional brain impairment as a result of prenatal exposure to alcohol. But, in people with FAS, typical clinical readings of magnetic resonance imaging (MRI) have usually failed to localize brain features that may be only slightly abnormal, yet result in behavior that is clearly the result of brain damage.

A new study led by CHDD research affiliate Dr. Ann Streissguth is designed to elucidate those features. She and her colleagues will be studying the brains and behaviors of individuals with FAS and FAE and comparing them with controls. Using innovative methods of evaluating brain images and specialized neuropsychological testing, their goal is to detect and measure subtle details of brain impairment and tie them to the behavioral problems associated with prenatal exposure to alcohol. According to Streissguth, professor of psychiatry and behavioral sciences and director of the Fetal Alcohol and Drug Unit, one of the strengths of the five-year study, which is funded by the National Institute on Alcohol Abuse and Alcoholism, is the combined perspectives of researchers from different disciplines-- neuroradiology, statistics and psychology.

The brain images to be used in the study are standard MR images, the same as those commonly used to diagnose brain tumors. The new method of image analysis was developed by Dr. Fred Bookstein, distinguished research scientist at the University of Michigan, and Dr. Paul Sampson, UW research associate professor of statistics.

Streissguth and Dr. Paul Connor, senior fellow at the Fetal Alcohol and Drug Unit, have designed a battery of tests that will assess study subjects' neuropsychological functioning. The battery addresses specific areas known to be problematic for people with FAS, such as attentional processes and spatial learning. "We've used many of the techniques in the past and found them to be particularly sensitive to prenatal alcohol effects. Also, we are developing some new tests," says Streissguth. "The tests we're using aren't tests that make up a standard neuropsychological battery. Most standard batteries have been developed for people who had an intact brain and then met with an accident or illness. Those tests haven't been as sensitive and discriminating for many people with fetal alcohol effects as the tests we are going to use."

Streissguth is confident that they will be able to recruit the 180 subjects needed for the study. "The sample of patients that we'll be drawing from has been accruing for 23 years here at the Fetal Alcohol and Drug Unit," notes Streissguth. "They have all been seen by a dysmorphologist and been diagnosed with either the full FAS or possible FAE."

Sixty individuals with FAS, 60 with FAE and 60 controls will have MRIs and undergo the battery of neuropsychologic tests. Within each group, half will be adolescents and half adults and, within age groups, half will be male and half female.

"Many of the patients that we've talked with have been quite interested in participating," says Streissguth. "They are interested in how the brain works and how it might work differently as a kind of validation for the experiences they've had." This validation can be especially important for people with FAE.


"People who don't have the facial features are truly discriminated against in terms of services," Streissguth points out. "When they don't have a classic FAS face, the tendency is to act as though there's nothing wrong. They are expected to perform normally, but they're goofing up all the time. They get blamed for being lazy or careless, yet these people have functional brain impairments.


"We find that people with FAS and FAE span a wide range of intellectual functioning. We have many patients that test in the normal range on IQ tests even though they have experienced prenatal brain damage. Because their insult is to the developing brain rather than to the fully developed brain, we don't have an opportunity for a pre-/post- evaluation like we do for people who have brain damage from some trauma, such as head injuries from an automobile accident. After an injury, a person may still function normally on an IQ test, but with areas of deficit. People find that type of brain damage easier to understand because they remember how they were before the auto accident. They knew they were functioning normally then. But people who sustain a prenatal insult to the brain have never had a period of normal functioning."

Now, Ann's letter to me:


I am dazzled to find your email on my screen, while I'm seated here in Seattle at SEA-TAC airport on the first leg of a long journey.  Thank you for writing me, and most importantly, thank you for writing to your legislators in Canada.  It is more important than ever to continue getting the message out to our governing agencies, to protect the next generation of children from fetal alcohol damage.  You are doing heroic work!!  I thank you for it and look forward to hearing from you again some time.

Thank you so much, Ann. I will Write again. Maybe when our Gov't finally gets it: I must say this also on behalf of Hon. Dr. Hedy Fry, our Canadian Liberal Health critic who knows about my goals and does fight for the rights of babies but is also associated with Woman's Right Issues. It may be a juggling act with Hedy Fry, but I believe FASD prevention to be a humantarian issue - meaning that it is everybody's job, male or female, to stop this 100% preventable problem.
Posted by Anthony Baker at 16:15