First in a series by Bruce Ritchie:
Objective:To estimate the incidence of FASD.
Fetal Alcohol Spectrum Disorders (FASD), Fetal Alcohol Syndrome (FAS), Fetal Alcohol Effects (FAE), Partial Fetal Alcohol Syndrome (pFAS), Alcohol Related Neurodevelopmental Disorders (ARND), Alcohol Related Birth Defects (ARBD) and Static Encephalopathy Alcohol Exposed are all names for a spectrum of disorders caused when a pregnant woman consumes alcohol.
An individual's place, and success, is almost entirely determined by neurological functioning. The largest cause of brain injury in children is prenatal alcohol exposure. Often the neurological damage goes undiagnosed, but not unpunished. This major health issue creates enormous personal, family, social, educational, social service and justice consequences.
Prenatal alcohol exposure has been linked to more than 60 disease conditions, birth defects and disabilities. Damage is a diverse continuum from mild intellectual and behavioural issues to profound disabilities or premature death. Prenatal alcohol damage varies due to volume ingested, timing during pregnancy, peak blood alcohol levels, genetics and environmental factors.
There are very few physicians who are trained, or inclined, to diagnose Fetal Alcohol Spectrum Disorders (FASD) and there is no national diagnostic data collection mechanism for FASD or mandatory reporting of FASD and its subset diagnoses. As such, the true incidence of FASD is not precisely known and appears to be grossly under-diagnosed. Therefore, it is necessary to approach the subject from other avenues.
Many prenatally alcohol exposed children are diagnosed with other conditions that do not carry the social baggage of an alcohol related condition. This can result in inappropriate treatment protocols, years of frustration for the child, the family, educators, and eventually the courts. Failure to confront the elephant in the livingroom results in multi-generational FASD and enormous social and financial costs. Massive denial is the hallmark of alcohol issues in our society.
Background:
"FAS represents the largest environmental cause of behavioral teratogenesis yet discovered and, perhaps, the largest single environmental cause that will ever be discovered." (Riley, E. P., and Vorhees, C. V. (1986). Handbook of Behavioral Teratology. Plenum Press, New York, NY) "Of all the substances of abuse, including heroin, cocaine, and marijuana, alcohol produces by far the most serious neurobehavioral effects in the fetus." (Institute of Medicine 1996 Report to Congress)
With any condition, doctors generally deal with the more extreme (obvious) cases and with FASD it is the extreme end of the physical appearance spectrum that is most likely to be diagnosed, if at all. Yet research has not found a safe level of alcohol exposure during pregnancy and we have seen that the damage is a diverse continuum, rather than a threshold condition. However, we also know, “Children with and without physical features of fetal alcohol syndrome display qualitatively similar deficits.”
Primary disabilities are those the child is born with and secondary disabilities are those that develop as a result of the failure to diagnose and treat the primary disabilities when the child is young. Failure to properly diagnose and treat FASD leads to development of secondary disabilities, such as mental health problems; disrupted school experience; trouble with the law; confinement in prison, drug or alcohol treatment center or mental institution; inappropriate sexual behaviour; alcohol and drug problems; inability to live independently; and employment problems. 13 (Streissguth AP, 1997)
“The girls get pregnant and the boys get locked up."
” They are followers, easily misled, with little or no appreciation of consequences. Without intervention, many ride the justice system merry-goround or become “homeless street people”. They are required to compete in society but have been denied the tools to do so.


Many children with FASD are born to multi-generational drinkers. Children with FASD are having babies with FASD.
Inability to predict consequences, impulsivity, high potential for alcohol addiction and a hormone driven twitch in the kilt are a dangerous combination. These individuals are less likely to get proper prenatal care, admit to alcohol consumption (let alone accurately admit the quantity and frequency), or maintain proper nutrition during pregnancy. Many of these babies with FASD will never be diagnosed but will continue the cycle.


While prenatal alcohol exposure is the leading cause of mental retardation, many individuals with FASD have a normal to high IQ.
Conclusions:
37% of babies have been exposed to multiple episodes of binge drinking (5+ drinks per session) during pregnancy. An additional 42% have been multiply exposed to 1 to 4 drinks per session during pregnancy. Prenatal alcohol exposure has been linked to more than 60 disease conditions, birth defects and disabilities. Damage is a diverse continuum from mild intellectual and behavioural issues to profound disabilities or premature death. Prenatal alcohol damage varies due to volume ingested, timing during pregnancy, peak blood alcohol levels, genetics and environmental factors. Acute ethanol produces a global effect on the neuro-metabolome. Ethanol was found to interact with over 1000 genes and cell events, including cell signalling, transport and proliferation.
Approximately 20% of Canadian school age children are receiving special education services, most for conditions of the types known to be caused by prenatal alcohol exposure. As FASD is a diverse continuum, issues range from almost imperceptible to profound. It is somewhere in the middle that the issues attract the attention of parents, educators, medical and social work professionals, and the justice system. Most of the issues that attract sufficient attention are behavioural issues. "The most outstanding characteristics of FAS are bad judgment and the inability to make the connection between an act and its consequences."
13
It is likely that between 10% and 15% of children are significantly enough affected by prenatal alcohol exposure to require special education. As they become adults, FASD does not disappear but the issues of youth translate into ongoing problems in family relationships, employment, mental health and justice conflicts. The cost to the individuals affected, their families and society are enormous and as a society, we cannot afford to ignore them. To ignore the facts does not change the facts.

Let the fetus do its job of becoming your baby.
No Booze. No Drugs. Being Real.

Comment Below...
Posted by Anthony Baker at 18:11 No comments:

When Things Come Tumbling Down

This is going to be an easy blog to write because it will be short and sweet.

Like the title says: I have had a number of devastating things happen in my life for months and the last one was the worst. With them all, I could barely touch my computer. I felt like I could barely move. I can't get into them but they had me practically paralyzed in life in general. And without details I can only say that this kind of thing could happen to anyone - as they do. So thanks for your patience in waiting for my blog here. Tomorrow, I will start a series of great importance to anyone who reads this. It begins with a man by the name of...

Bruce Ritchie, QS,BA,FMC,ITP, APWFASD, a man who is the moderator of FASlink, a Fetal Alcohol Disorders Society. He has done thee study on FASD. There is no study as complete as his and he has granted me full permission to share many of the 50 pages of his study freely to you because as he related in an Email to me,: "This information is for eveyone," even though it is copywritten. But that's Bruce. 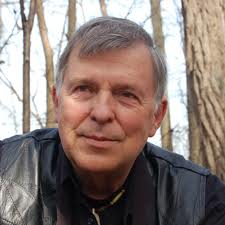 He's a dashing fellow who to me is an FAS super-hero. Oh, he would never admit that. After even only a few Emails, his firm and friendly voice tells of a seasoned but uncomplicated pioneer in what you will read in at least the next 10 of my blogs. And I know that Bruce would not let me go without mentioned the great people he has worked with.

Bruce leaves his introductory page with a quote:

Let the fetus do its job of becoming your baby.
No Booze. No Drugs. Being Real.

Comment Below...
Posted by Anthony Baker at 17:48 No comments: